Last Sunday, I went for a URA-PAYM Tour Guide (introductory) workshop. It was a workshop meant to introduce youths to tour guiding and hopefully recruit volunteers for future URA-organised tours and exhibitions in the heartlands showcasing the Master Plan.

The day started off with a crash course/briefing on tour guiding by an experienced tour guide who worked in the industry for >20 years. She briefed about planning itineraries, managing people and last-minute changes etc. After that, we hopped on the bus for a mini-tour to Lim Chu Kang/Kranji area for a tour of 3 farms. The journey to LCK feels like going back to camp, but fortunately, the anecdotes by the tour guide lightened up the ride. She mentioned how did the “Chu Kangs” in Singapore get their name, which was quite insightful. “Chu Kang” means “house (beside a) river” in Hokkien/Dialect, while the “Lim” “Yio” “Choa” are the surnames of people who built houses on rivers in the olden days of Singapore. This is because the Sultan of Johore divided the land beside the rivers and let these people manage the land. There used to be many other Chu Kangs such as Tan Chu Kang (lol sounds quite funny) but most of these faded through the years. So now we left with 3 Chu Kangs in Singapore. Now I know…it’s not because the guy’s full name is called Lim Chu Kang! 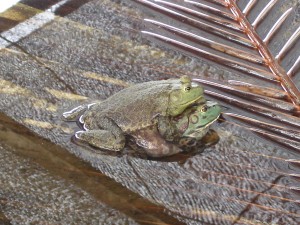 The next stop was Spring Orchard, which is a fruits and vegetables farm. This one is quite interesting, as we saw fruits like DragonFruit (didn’t know they grow on Cacti), Pineapple, Passionfruit and various others. There was also this strange Sweet Leaf plant in which the leaves can be ate and they are really very sweet! Everyone plucked a small bit and tried. Quite interesting. We were also given free samples of Pitaberry DragonFruit juice made in Malaysia. They taste quite good, wonder why I don’t see them in stores. There’s even the red and white versions, of which the red ones are sweeter. 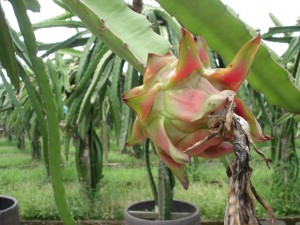 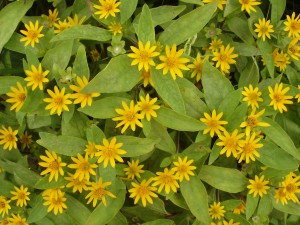 Before going to the next stop, we passed by Hay Dairies, which is the goat farm. Due to H1N1, now visitors can’t milk the goats anymore. One interesting thing was that all the owner’s 3 cars all have the numbers 8383. The last farm stop was Tropical Aeroponics, which is the first aeroponics farm in the world, as the technology was invented by a NTU/NIE professor. I think I’ve been here before. We were given a short tour of the greenhouse by Chinese nationals. Inside the greenhouses, the butterhead lettuce looks very fresh, and there were a few other plants. We had free samples of butterhead lettuce salad, as well as butterhead juice. I like the juice, cos it’s mixed with kiwi and lime, and it tastes sour and sweet. I like.  We also ate lunch there, which was packed bee hoon/nasi lemak. Speaking about food, we sorta kept eating the whole day as earlier, there was Polar cakes and a pie. It was really nice of them to provide so much food.

The last stop of the day was Sungei Buloh Wetland Reserve. It’s actually just across the road, but the bus had to fetch us across. Haven’t been there in the longest time! We had a brief introduction by the NParks guy, then we went for a short hike. Armed with a scope, we managed to saw many mudskippers skipping around in the marshy lake. The eyes starring you looks a bit disgusting after a while actually. We were quite lucky as we also saw a green snake, 2 monitor lizards, and 2 squirrels. The squirrel munching on a nut looks very cute. We reached the platform where one can see Malaysia and we walked back. Unfortunately, now isn’t the period where the migratory birds come, so we didn’t see any. (Periods are March-April, August-Sept). 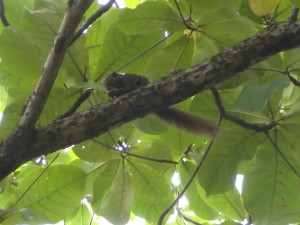 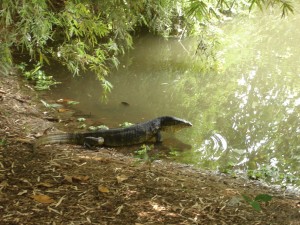 After the walk, we had to plan a itineary for a mock tour to the LCK/Kranji area for different age groups: youth, family and senior citizens. It was a simple introductory task and there were many PAYM/Youth Empire people who were amongst us. At the end of the day, we got to know more about the Kranji Countryside and how it is viable as an alternative leisure area in Singapore. They are going to build a “agri-tainment” farmstay resort there in Sept, called D’Kranji Resort. I think it is a pretty cool idea, don’t mind trying to stay in there in future. It will be interesting to visit the rest of the farms too. They are also going to external the national park connector network to the area, so next time we can cycle through there.

At the end of the day, I went to Joel’s concert at a shophouse in Jalan Besar area. After dinner, I decided to walk through the small roads of Little India area to the MRT station. It was an eye-opening walk to be there on a Sunday night when it is the most crowded. Thousands of Indians thronged the streets, often occupying the whole road, in the coffeeshops, in shophouses selling rice, shirts from $1.90, and much more. Serangoon Road was, as usual, packed with them loitering on open fields and there was a performance going on in an open-air tentage stage nearby. It used to be a common sight for me when I was younger and had to take bus 147/111/85 home before the the days of the MRT. Now with the MRT, I only see the crowd when the board/alight at Little India/Farrer Park MRT. It is really, really, really, overwhelmingly crowded.

Another interesting sight just before the MRT station was that there are telcos also leveraging on the crowd. Both the red camp and the green camp were selling pre-paid cards at rock bottom prices along with lucky draws in the form of spin-the-wheel and the like. Quite interesting since they do it in open air shophouse corridors and open spaces, as compared to the usual interior atriums of shopping malls. Heck, the green camp even provide free feet massage for them! lol.