I went to explore the Circle Line when it first opened last Thursday. It was a short walk to the other side from Serangoon MRT, a bit like Dhoby Ghaut with the travelators. The platform is wider, but shorter as the trains have only 3 carriages. Wanted to take the train to Bartley, but quite funny, the announcement said the train service has been disrupted. The Bartley-bound train was stuck there for like 10-15 mins or so. Reminds me of the early days of NEL when many similar incidents happened.

The train is very similar in design to the NEL ones, except that the front has a larger viewing window of the track, and the connection corridor between 2 carriages is now made of rubber instead of metal covering, which makes it look a bit ‘dirty’ to awkward to lean on. There were many SMRT staff around, in their new black and red uniforms, some even wearing ties. They look pretty good.

As I was taking photos, an SMRT staff approached me and,
He said: Why are you taking photo?
I replied: For fun?
SMRT Staff: You are not allowed to take photos here.
I replied: er okay and walked away.

I continued taking photos anyway. Who cares? Here are some interesting sights at Lorong Chuan station. 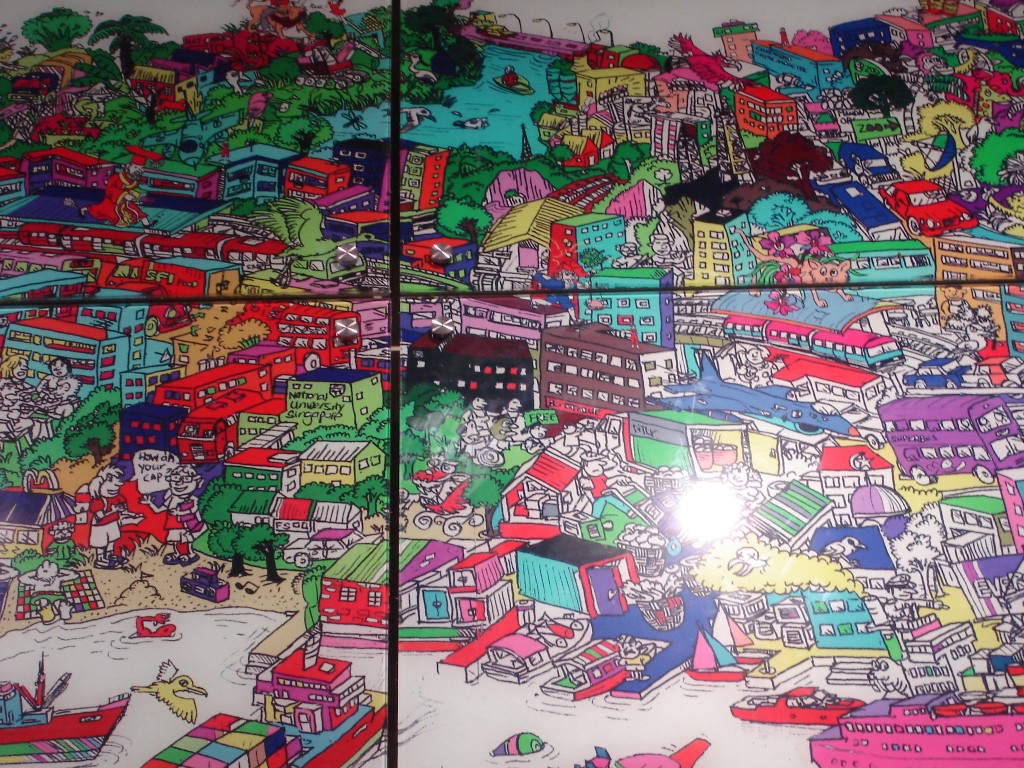 There was some artwork which was very interesting. Try spotting a F16 in the above, and also NUS. And near NUS, there are two people having a very interesting appropriate conversation. LOL. 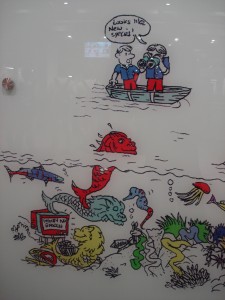 Merlion swimming in our waters? 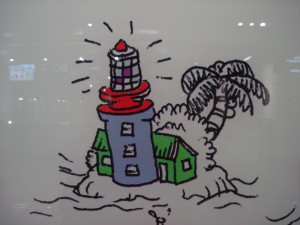 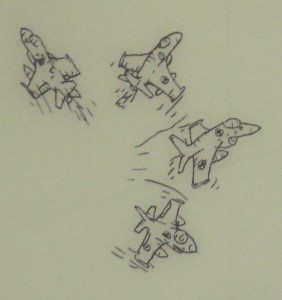 More F16s? haha. They seem to like them too. 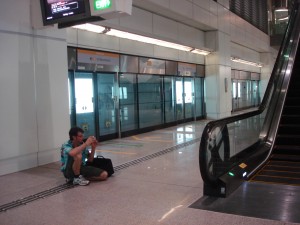 So, why this Caucasian can take photo and I cannot? >.< 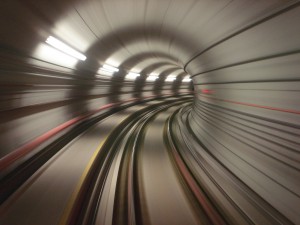 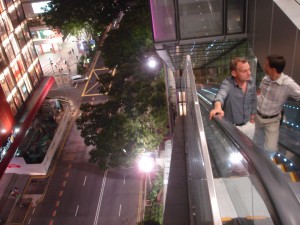 I also went to OrchardCentral, the new shopping mall to be opened soon near Somerset MRT. You can walk in and see but none of the shops are ready yet. The interesting thing were the 3 super long escalators that bring you all the way up to level 7 or 8. They are just beside the road, and at the top floor, it is quite scary as the escalator goes higher and higher. Pretty cool.

This is worth a laugh: