Haven’t been posting in a while, here’s more of my drawing assignments this quarter: 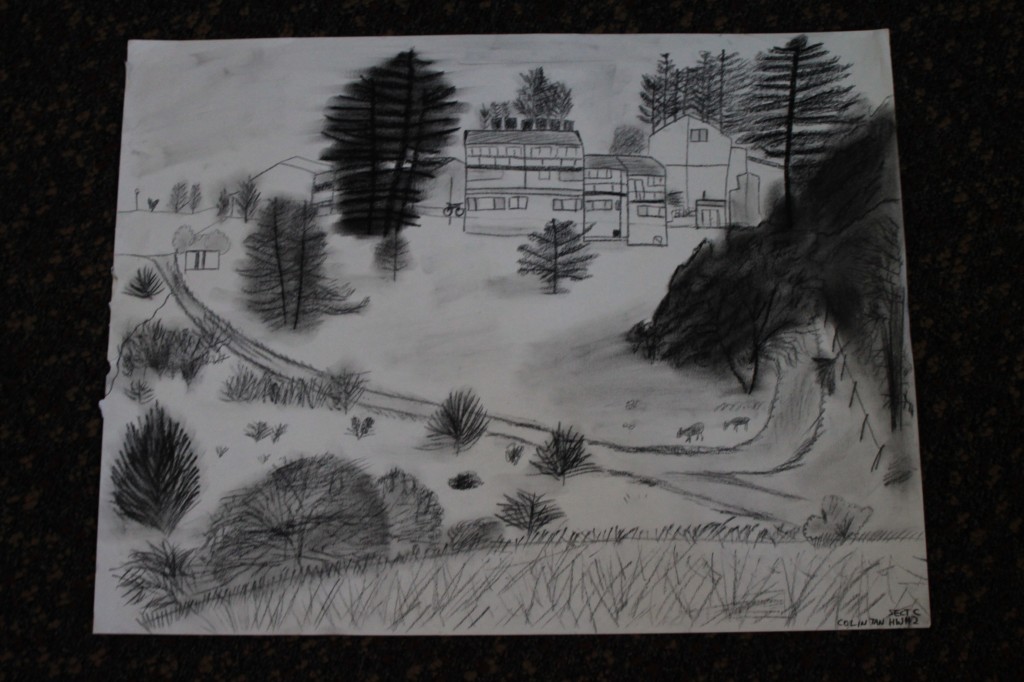 Landscape gesture drawing in charcoal at an area near the Porter Meadow, UCSC. 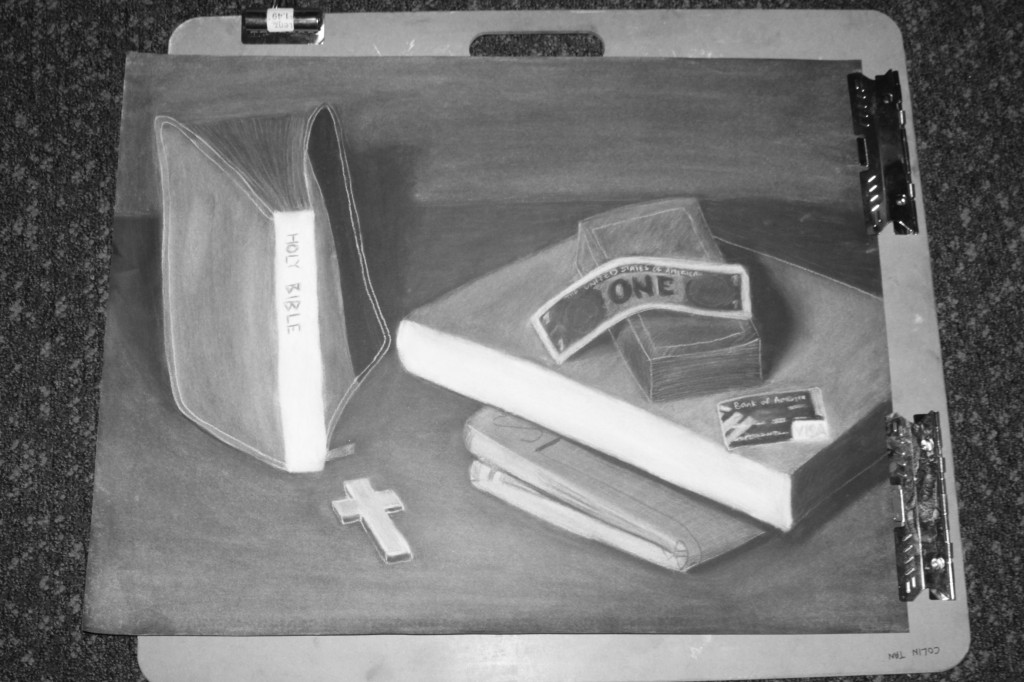 Still life drawing in charcoal: The Bible versus the things of the world.
(The bible was intentionally placed vertically in juxtaposition to the other objects placed horizontally.) 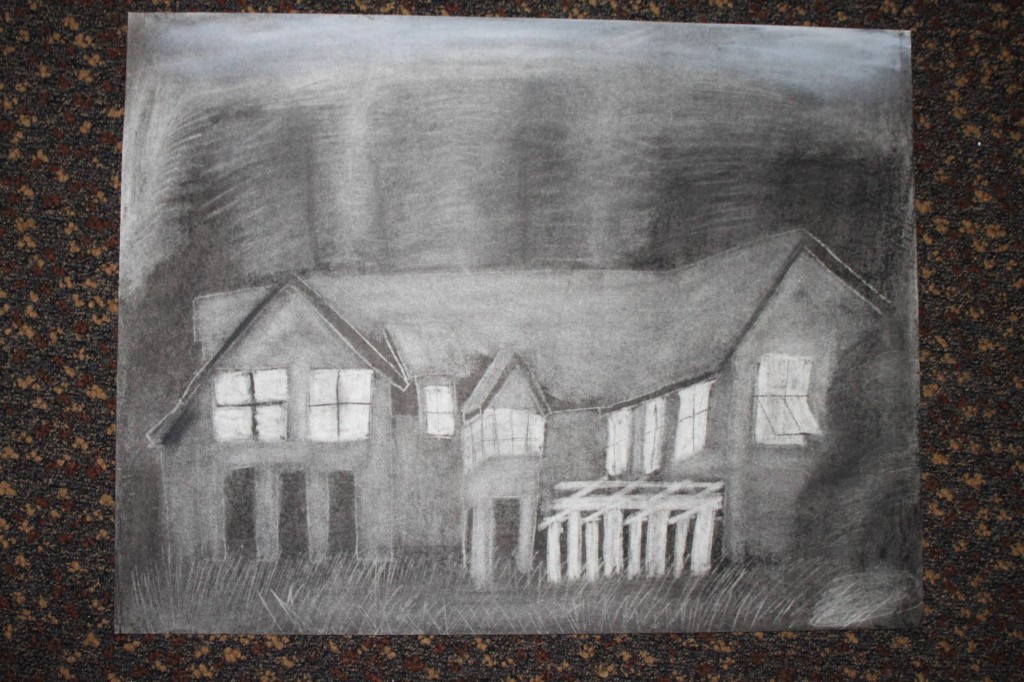 Landscape in charcoal using subtractive method. Subtractive method is to colour the whole paper in black charcoal, and then using the eraser to slowly erase the highlights and lighter areas. Kinda hard to do the forests and trees though. 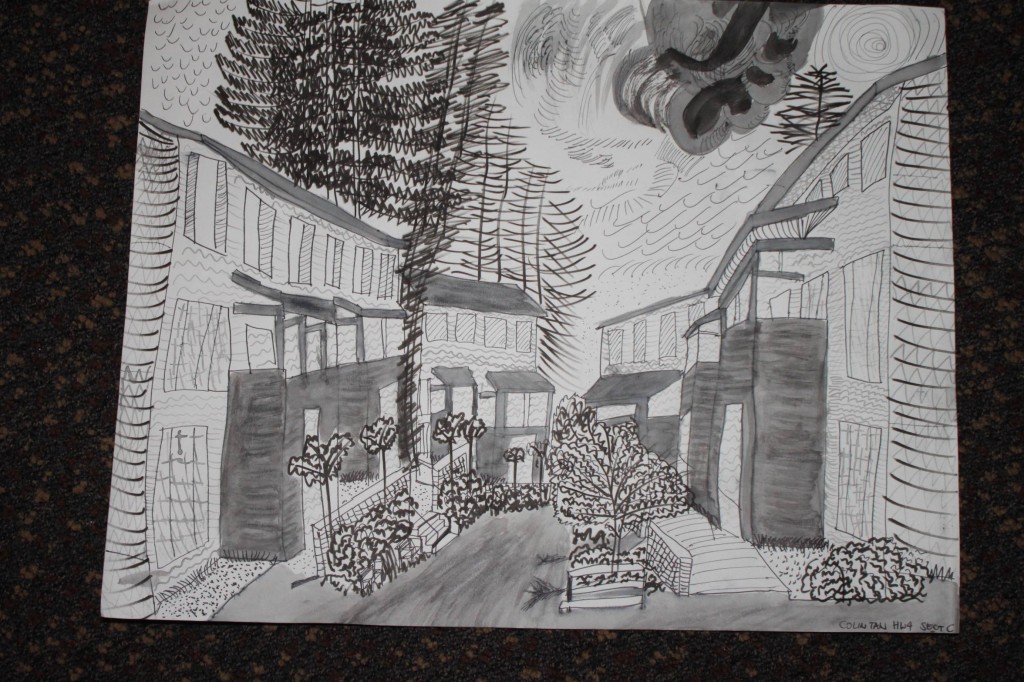 Landscape in ink and brushes, of Porter College apartments alleyway. Used different types of ink including pens, bamboo brushes etc. with an attempt of some Van Gogh style in the sky. Someone said it looks like a foot. lol.

To all UCSC students,

This is to inform you that there will be another study-in at the Science and Engineering Library tonight, to keep the library open until midnight in protest of the reductions in library hours.

On Monday evening, approximately 130 students entered the Science and Engineering Library to hold a study-in. At 10:00 PM, when library administration attempted to close the library, we stayed and continued to study. A contingent of approximately ten UC police officers entered the building and announced that students who did not leave may be subject to arrest. We gathered in the lobby and sat down, asking for open dialogue with library administrators. No such dialogue was forthcoming, and students began to discuss amongst themselves what course of action should be taken. A group of about twenty students had gathered outside the locked doors, and began chanting “We want to study,” but were not allowed in by
the police. The group inside made a decision to repeat the study-in the next day, after which students began to pull out their books, initiating a period of quiet study. At midnight, two hours after normal closing time, we filed out peacefully.

On Tuesday, administration closed both McHenry and Science and Engineering Libraries at 4:30 PM, on the grounds that the University could not afford to keep them open after paying for the extra library staffing and police presence. This is less than true. The Science and Engineering Library was open for a total of two extra hours on Monday, while McHenry and Sci. & Eng. were closed for a total of eleven hours on Tuesday. Without the unnecessary police presence, the demonstration would have cost the University only as much money as is necessary to keep the Sci. & Eng. Library open for two hours, and as it turned out, librarians and library administration left the building by 10:30. The only expense was the UC police officers, some of whom were brought all the way from UC Davis (with a riot van!), and were paid to watch us study for two hours.

Administration also claimed that they were not informed of the action beforehand. However, organizers did send an email to library administration informing them of the event and the rationale behind it. In light of the Kerr Hall restitution charges, organizers of this event did not feel comfortable speaking to administrators in person, for fear of negative repercussions.

As you may know, there is a ballot measure in the upcoming student elections that would institute a temporary new $6.50 student fee to keep libraries open longer. While this is in essence a good thing, it is
important to understand that the University already has enough money to fully fund our libraries. Part of the problem is that UC administration allows the funding of new construction projects, like the $99 million
McHenry addition, to be prioritized over funding the actual operation of libraries. Administration makes claims that funding for construction cannot be used towards academics but we refuse to accept that as an excuse
to increase and maintain cuts to our services. It is the opinion of many students that libraries on a university campus should be open 24/7.

In light of these events, another study-in will be held today, Wednesday. I encourage you to come to the Science and Engineering Library this evening and help keep it open for the hours that we already pay for. This will be a peaceful, studious demonstration, and it will end at midnight. Bring your friends, and help show administration how important our libraries are to us.

Sincerely,
One of many concerned students