Wanted to post these some time ago, here they are: 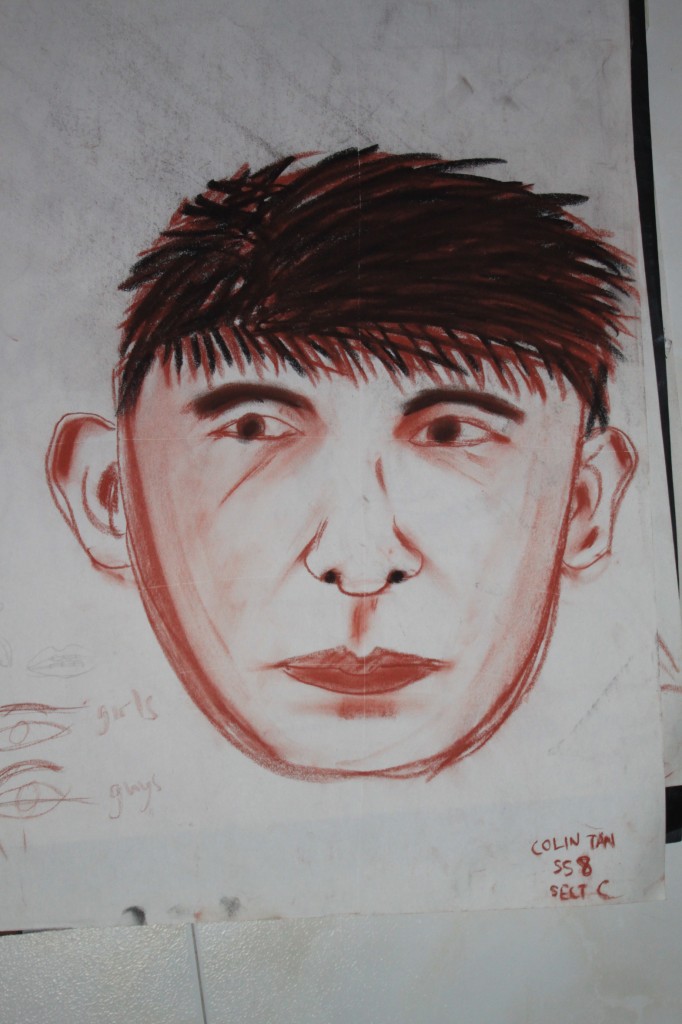 Some self-portraits of myself, the one below playing a guitar in a crowd 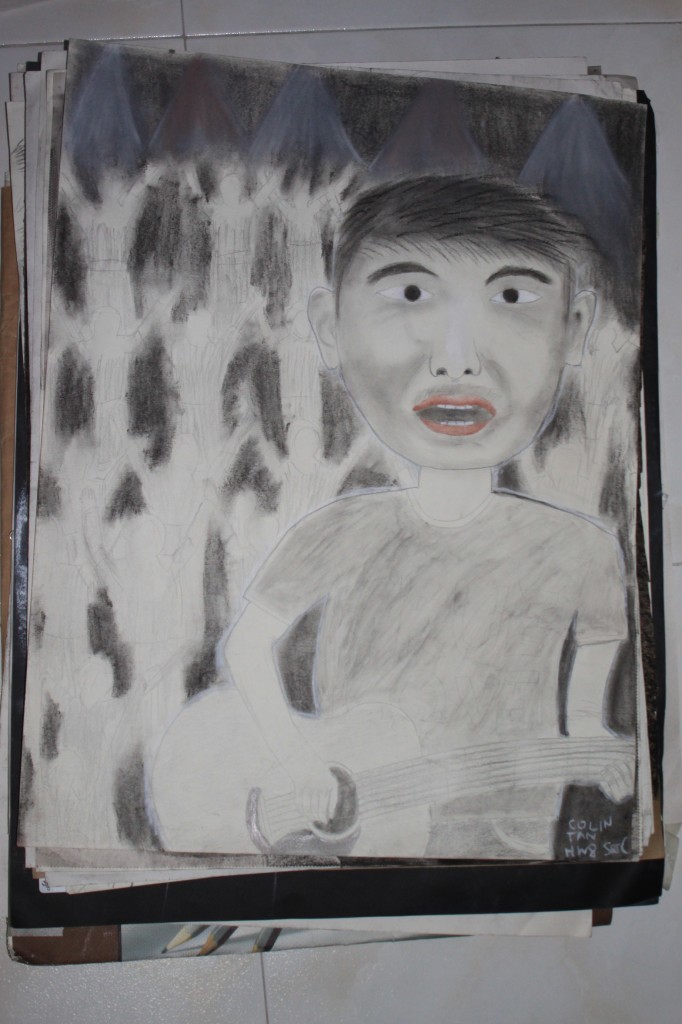 This is my final exam piece:

An excerpt of the description I wrote:

Many people are surprised that I actually joined rag dance. Probably because my personality doesn’t seem to be the dancing type, I don’t seem like the dancing-on-stage kind of person, but always the person behind-the-scenes, like a photographer or similar.

But ever since VJC mass dance, I always liked dancing with a huge group of people. It is a fun activity, a good form of exercise and it has somewhat synonymous qualities with cheering: it bonds people together, it shows unity and teamwork, it creates camaraderie. And there’s also a saying that if one person does it, it looks stupid, when a group of people do it together, it looks beautiful.

And also, it is about trying new things. I joined ballroom dance, hip hop dance, and zumba dance classes when I was in UCSC. So why can’t I do the same in NUS? It’s probably one of my last few chances to have fun and do something different, something which I do not want to regret not doing when I grow older, something to be involved in, as part of SoC, as part of NUS. It’s a good way to get to know and bond with other SoC people. As much as I do not support the idea of float-building in rag, dancing is a different story in my opinion.

David danced before the LORD with all his might (2 Samuel 6:14).
As the Switchfoot song goes: This is your life, are you who you want to be?

It felt very surreal to arrive back to Singapore, felt like everything was a dream, or is this a dream? Maybe when school starts it will be a nightmare. Everything that happened in the past 6 months is very surreal indeed, and getting back into hot and sunny Singapore, the all-too-familiar right-hand drive roads lined with trees, into my tiny flat, suddenly my room doesn’t seem that familiar. My bed feels different, my table feels different, yet it probably remained the same. It’s a strange feeling.

Spirit West Coast is one of the events that completed my “world tour” of Christian stuff, in addition to Catalyst West Coast, Spring Celebration and more. I shall continue on this on another time.