The last leg of my internship was really busy. There was a deadline we had to work on and I worked for 12 hours for one of the days, doing up graphics in Photoshop and Illustrator. Also, my JavaScript/Jquery skills probably went up by a notch as I had to code many functions for the website to work. I did not expect myself to write so many lines of code! I helped my boss re-edit a short video piece. As it was towards the end of my internship, I began to consolidate my files and started to write some documentation to handover to my boss before I leave. At this point of time, many of the interns are leaving as well, and it was sad to see the office getting quieter. My boss could not bear me to leave, and he even considered sponsoring me to return to work for him in future. How undeserving I felt!

Here’s a quick summary list of the things I learnt in this internship:
– Technical skills: JQuery, HTML5 / CSS3, Pachube
– People skills: Working with other interns, satisfying the views of different people

As I was leaving, I packed my weekends with as many activities as I could. My friend visited me and we went for a trip down to Washington DC and Baltimore, and we did a road trip to Niagara Falls. DC is pretty amazing with so many free museums and monuments. The reason I wanted to check out Baltimore was because Marina Bay was modelled after the Inner Harbor, but it turned out to be quite disappointing. The road trip was the best as we popped by Buffalo for…Buffalo wings! Niagara Falls was cool as we could get down for a shower on the American side. We also went to Letchsworth State Park on the way back, the “grand canyon of the east”. Well there was one part where there was a canyon, but it is neither huge nor grand. The last two weekends I squeezed all the attractions which I haven’t seen, such as the Bronx Zoo, New York Botanic Gardens, Empire State Building, America Museum of Natural History and Guggenheim Museum. I also attended a concert by the Newsboys at Central Park and visited different churches. The final few days were busy meeting different people as final goodbye dinners, having exotic Mexican and French food, and having a final dinner with my boss. 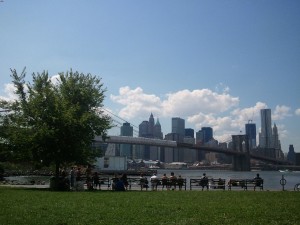 I think I will miss sitting beside the East River below the Manhattan Bridge during lunch, listening to the trains passing by, looking at the Brooklyn Bridge and the Manhattan skyline. On my final morning, I took the free Staten Island ferry for the third time and watched the sunset, breathed the cool 20 degree lower Manhattan morning rush hour breeze, before setting off for the airport.

The past week has been a rough one. Firstly my boss was rushing for a deadline on Friday to apply for a grant, hence we had to work extra hard everyday. On Thursday I worked for more than 12 hours till 11pm, skipping dinner even lol. I had to do many mockups of webpages and some infographics, HTML, CSS and video editing. It was also tough as in hectic times one gets worked up and hence causes minor arguements. But it was all good.

And then my arm old injury started to act up again. Can’t remember how I aggravated it, probably while stretching for exercise I think. and maybe because sitting too long at a computer is also not very good. Thus it kept getting twisted and I have to twist the muscle back. For two mornings it tormented me like a torn in the flesh. I woke up feeling dizzy on Thursday morning, as if I was very weak and my eyes couldn’t open. On Friday morning, my involuntary stretching while waking up twisted it while I was still lying on the bed, and it took me a while to twist is back. I was like speaking in tongues and trying to twist back my incapacitated arm for a long while. Felt like I was helpless and my right arm glued to the bed. All my blood and energy is like flowing to my arm and I was trembling…Finally I managed to twist it back. Praise God. But it acted up again while I was jumping from one pavement to another, and even while opening a heavy door! Argh. Jesus was bruised, cracked his arms on the cross, and by his stripes, I AM HEALED. His grace is sufficient in my weakness.

And on Saturday, my friend and I checked out Flushing for the alternative Chinatown and saw so many Chinese people, supermarkets, bubble tea and street food along the main street. They look out of place in a city like New York, but I felt right in place there. We went to eat a Chinese buffet with seafood at this restaurant called East Buffet. I ate two or three plates and I felt very full unusually. Then I went to the restroom, I thought I wanted to pee, then before I knew it, I had diarrhoea! It was disgusting…I think it was the lobsters or the crabs which were not fresh, cos usually I’m not allergic to anything. The bad thing was it cost $32 and I almost wanted to complain and ask for a refund, but I didn’t.

And another thing that happened was that my watch’s display cracked slightly. Grr. And I lost my laundry net at the Laundromat…usually I leave it there on top of the washing machine and it was fine, but this time someone took it! Argh.

But no weapon formed against me shall prosper! The enemy has been defeated! We are victorious!

At the same time everything else was happening, on Saturday NYC time, which is Sunday in Singapore, our rag and flag documentary was featured in The Sunday Times. It was really unmerited favour as I do not know how the reporters found out about it. Even though they did not quote my email interview and did not put our link, it was still good publicity. More to come! On Sunday, it was another awesome weekend of “Jesus be the center” at HillsongNYC!

Time flies, one more week and I’m back home. Although I still have a long list of things to do, I can’t wait to be back too.

This month got busier as there were many meetings throughout the week. We met up with most of the people in the team, and managed to discuss some statistics and indices which we are interested to monitor for our website, and how to go about creating a suitable analysis or visualisation for all these data. To prepare for this, I played with the Pachube API to be able to create datastreams and push data unto it, and Pachube allows us to store all these data and output as a graph or various other means. It was interesting to be able to use my raw PHP and Javascript skills to push and get data from a server. I learnt how JSON and XML requests works, and how to use AJAX to interact with all these data. It was quite insightful.

After that, as we get closer to the website launch, I began to create HTML/CSS templates for our website. It was a tedious process to convert the design graphic into multi-browser compatible code, it can be quite a pain. We tried to rush a demo so that my boss can show something to grant organisations. Along the way, I learnt the basics of the newer HTML5 and CSS3, which is still pretty fresh to me. I am still having difficulty making it compatible with all browsers.

We also have some new people on our team, and I created a list of to-dos and agenda for a User Experience (UX) discussion. As our website is still pretty in the mockup stage, there were a lot of questions in my mind about where do things go and how to certain things work. Some of the questions could not be answered immediately, and we had 2 meetings to talk about them. The first meeting was a more generic one with the rest of the producers in the team, while the second meeting was a more in-depth meeting to talk about user interface, user friendliness and interactivity. An important component is to how social networking works and where should they be featured in the page. I also learnt how important it is to have “call to action” buttons and links, to motivate users to explore the page.

I visited the GoogleNYC office here in Manhattan for a meetup about their 20% projects. 20% is the time Google engineers set aside to do projects outside of their normal job scope, to test and experiment new stuff that they might be interested in. There were many tech-savvy people at the talk, and of course, Google always feed people with good food. The 3 speakers talked about Google Spreadsheets and Docs, and also about the Google Art Project (http://www.googleartproject.com). It is interesting to see how the Google Maps and Street View technology was used to capture a virtual tour experience of a museum, allowing users to zoom in close to paintings and pictures. Very cool indeed! You do not need to visit the museum anymore!

The last few weekends, I visited a number of forts: Fort Jay in Governor’s Island, and Fort Wadsworth in Staten Island. It was nice to escape from the hustle and bustle of the city, out of the island, into places which are more peaceful and quiet. I also visited the United Nations building and the Museum of Modern Art. There is a television broadcast studio branch of Trinity Broadcasting Network here, and I attended one of the recordings which was a Christian talkshow. It was very interesting to see how such a recording is done, with the cameras and the director’s prompting, and being part of the audience.